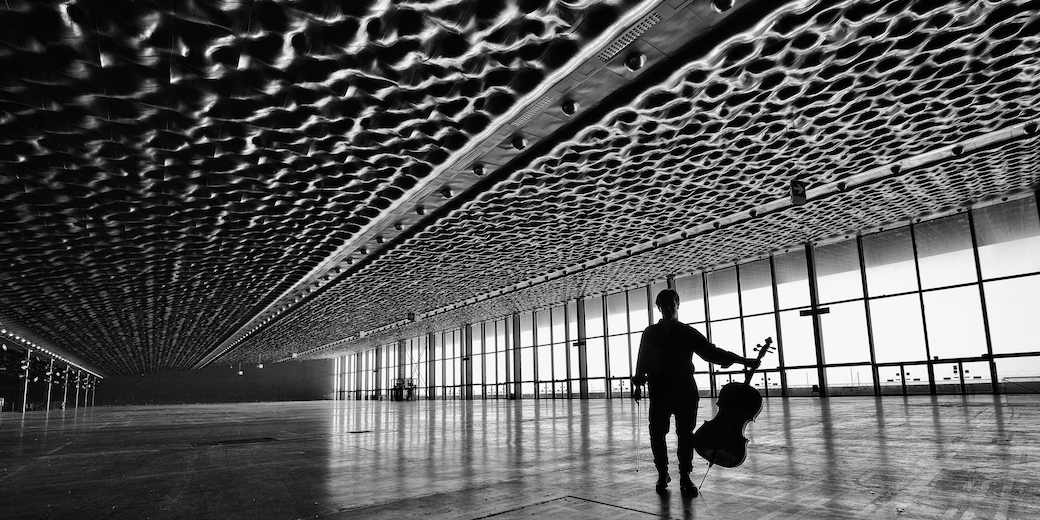 We are very happy to publish a small essay of the work that we have done together since 2018 Rosanna Ponsano, Marco Dragonetti and Daniela Lo Re and which contains a thousand views of Genoa.

We assembled a video with some photos that seemed representative to us, even of this particular period, made in unsuspected times and with alarm clocks at 5 in the morning.

Thanks to Maestro Ezio Bosso for allowing the use of his music that speaks to the soul,
“Rain, in Your Black Eyes” and thanks Ezio for being the soul of a music that will never go out.

We wanted to create a project for Genoa and for culture using the language of art.
We expressed ourselves with the immediate strength of the photographic image and with the sound seduction of the cello.

Each shot saw the light, through the lenses of the lenses, from the suggestion of the places and the vibrations of the bow on the strings of the instrument.

We began to photograph Maestro Giovanni Ricciardi almost in fun in anything but “concert” situations and we understood, observing the enchanted curiosity of people towards the instrument and its magical sound that almost none of them had had the opportunity to see or hear one live.
We knew we had hit the point.
We have decided, symbolically, to bring Culture to people by going to photograph, to the sound of the cello, in the emblematic areas of Genoa, in the industrial yards, in the naval basins, in the social centers on the tugs sailing in the port, in the popular districts, in the unused areas of the city that could host Art in all its forms.

We met a lot of availability towards our project from the realities that hosted us in their productive hearts and a human fabric very permeable to Culture.

We hope that our synergistic effort really involves the city and suggests new initiatives to really bring to everyone not only classical music but every form of artistic expression.